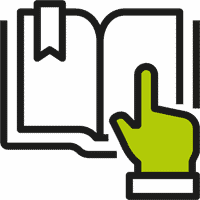 The history of silicosis in South Africa dates from the late 1880s when gold mining began. The gold was locked in quartz veins, a type of rock that also contains high concentrations of silica. Crystalised silica particles can cause significant respiratory damage if inhaled.

The history of silicosis in the mining industry

It is in the mining, blasting, breaking and handling of the gold-bearing silica quartz veins that the crystalised silica dust particles become airborne and give rise to silicosis in the absence of efficient dust control. In the earlier days of gold mining, dust control, the use of personal protective equipment and health and safety standards were not as advanced as they are today.

Silicosis began to manifest amongst the mine workforce very early in the history of gold mining on the Witwatersrand. South Africa, in 1911, became the first country to formally legislate for the compensation of those workers diagnosed with silicosis – and certain other lung diseases designated as occupational diseases. Given the highly racialised nature of the country, white mineworkers benefited disproportionately from the system.

This remained the status quo until 1993 when the Occupational Diseases in Mines and Works Act (ODMWA) was deracialised and black mineworkers suffering from occupational lung diseases  became entitled to  the same levels of compensation as their white peers. The compensation fund is funded by monthly levies paid by mining companies that own all mines designated as “controlled” in terms of ODMWA.

However, the lot of sick mineworkers diagnosed with silicosis did not improve materially. Apart from the fact that ODMWA benefits were and are lower than those provided for in South Africa’s other compensation system (the Compensation for Occupational Injuries and Diseases Act that covers all workers other than those miners covered by ODMWA) the system has, until very recently, also been inefficient and inadequate to meet the needs of mineworkers with an occupational lung disease.

The MBOD’s system has been constrained by a severe lack of medical infrastructure, equipment and expertise. And what infrastructure is in place has been largely concentrated in and around Johannesburg. This has made it very difficult and expensive for many ex-mineworkers to get tested and properly diagnosed as most would have to travel far distances to these facilities.

In 2003, the needs of a group of ex-gold-miners residing in the Free State, Eastern Cape and Lesotho who had been employed at the President Steyn Gold Mine in the Free State were considered for legal action by Legal Aid South Africa (then the Legal Aid Board), the Legal Resources Centre (LRC) and Richard Meeran, working with Leigh, Day and Company (a UK-based law firm) and later with South African attorneys Garratt Mbuyisa Neale (GMN).

The clients – residing in the Free State, Eastern Cape and Lesotho – had contracted silicosis. Proceedings were instituted in the Johannesburg High Court against Anglo American Corporation South Africa Ltd (AASA), which provided services to the mine on various matters including medical administration and technical issues. Medical, legal, mining and social research was commissioned involving a number of recognised experts in the field including Prof Dave Verma from Canada and Professors Rodney Ehlrich and Jonny Myers who are both based at the University of Cape Town.

A claim against AASA was lodged in 2005 on behalf of Alpheos Blom and others for compensation for silicosis contracted while working at the gold mines. A lengthy process of discovery between the parties involving requesting and obtaining further particulars followed and saw a number of related approaches to the Court. The legal team pursued these President Steyn individual claims as “test cases” in order to establish the evidentiary basis (critical to establishing liability) for all silicosis victims to be able to seek some form of compensation.

Given the delays and the extended time that had elapsed since the commencement of the Blom case in 2005, it was decided in the best interests of those individual plaintiffs who were still alive, that the arbitration route needed to be pursued. The decision to arbitrate was agreed and signed in 2012 by all parties.

The process of arbitration was before the panel of former Chief Justice Ngcobo and retired SCA Justices Farlam and Hurt and it included an agreement to have early evidence taken of those clients who had a material risk of not surviving to the date of the arbitration hearing. In terms of the agreement, this early evidence hearing was to be held from 12 to 18 January 2013 in East London. The claims in the Johannesburg High Court (Blom & Others v Anglo American Corporation of South Africa Ltd) were stayed pending the arbitration process.

The arbitration of the Blom test cases was settled in 2013. Anglo-American South Africa agreed to pay 23 former mineworkers undisclosed amounts to settle claims brought against the company, without admission of liability, after the workers contracted silicosis.

In a separate set of cases that were pursued by Richard Spoor Incorporated, the issue of the system of worker compensation was being challenged. In June 2008, judgement was delivered by the South Gauteng High Court in the Mankayi v AngloGold Ashanti Ltd case led by Mr Spoor. The case was taken on appeal to the Supreme Court of Appeal and then to the Constitutional Court which delivered its decision on 3 March 2011. The case challenged the compensatory schemes for employees suffering diseases at work under the Compensation for Occupational Injuries and Diseases Act (COIDA), on the one hand, and Occupational Diseases in Mines and Works Act (ODMWA), on the other, and an individual’s right to claim for common law compensation. The issue was whether section 35(1) of the COIDA extinguished a miner’s common law right to claim damages even though he did not qualify for compensation under COIDA, but qualified under ODMWA.

The Constitutional Court held that it was clear from history leading up to the adoption of both Acts and the drafting of COIDA that section 35(1) did not extend to those who did not qualify under the COIDA compensation scheme and therefore did not apply to those who qualified under ODMWA. Consequently mineworkers, who fell under the remit of ODMWA, were able to enforce their common law right to compensation for diseases contracted in the course of employment.

Mr Richard Spoor then filed a class action suit with 69 former gold miners representing the class of former mine workers suffering from silicosis. The motion, which was lodged on 21 December 2012, named various gold mining companies as defendants. These included African Rainbow Minerals (ARM), AngloGold Ashanti, DRDGOLD, Gold Fields, Harmony, Pan African Resources and Village Main Reef, and a number of their current and past subsidiary companies.

In the same year, Mr Charles Abrahams of the firm Abrahams Kiewitz Incorporated filed lawsuits against AngloGold Ashanti, Gold Fields and Harmony, on behalf of 3,000 gold miners with occupational lung diseases (including tuberculosis).

Following the 2013 settlement of the Blom cases, the focus of those involved turned to seeking relief for the many thousands of silicotic miners who were not among the 23 silicosis and silico-TB test-case claimants under the settled Blom case. In March 2013, the Legal Resources Centre supported by Legal Aid South Africa, lodged a class action application against Anglo American South Africa and AngloGold Ashanti. Independently, GMN Attorneys, working together with Leigh Day and Company, launched an action, which was not a class action, on behalf of 4,365 ex-mineworkers against Anglo American and AngloGold Ashanti. This latter case ended in a settlement in March 2016 to be taken forward under the auspices of the Q(h)ubeka Trust.

Three law firms were thus acting on behalf of the class of thousands of current and former gold mine workers and the dependants of those miners who have since passed away due to silicosis and tuberculosis diseases – Abrahams Kiewitz, the Legal Resources Centre and Richard Spoor Incorporated. Having initially launched three separate class certification applications, an agreement was brokered in terms of which all three firms jointly acted for the class. The respondents in the matter included 32 South African gold mining companies which operated or provided services to 82 gold mines dating back to 1965. An amicus curiae application was filed by Section27 on behalf of the Treatment Action Campaign and Sonke Gender Justice.

The Johannesburg High Court accepted the separated process proposed by the applicants in terms of which the first stage of the class action would decide the common issues; and the second stage would decide issues relevant to the individual claims. Affected mineworkers would have an opportunity to opt out of the class should they wish to pursue claims for damages separately.

The hearing of the Silicosis Class Certification Application was held from 12-23 October 2015 at the High Court in Johannesburg. Prior to and during the court hearing there were various meetings held with opposing legal teams to pursue the possibility of settlement.

Judgement in the certification application was delivered by the full bench on 13 May 2016, setting the scene for the largest class action in South Africa’s history. The High Court certified a class action for classes of mineworkers, namely:

In addition, the High Court declared that any claim that has been made for general damages will be made transmissible to the claimant’s estate if the claimant dies prior to the finalisation of the case.

The common law did not entitle a dependant of a deceased person, or an estate (through the executor) of a deceased person, to pursue a claim for general damages. This would mean that if a mineworker should die before the court case goes to trial, their dependants would not be able to claim general damages on his or her behalf. The mineworkers specifically asked the Court to deviate from the common law principles with regards to transmissibility of damages to the mineworker’s estate should he or she die so that his family may benefit.

On 23 June 2016, an application for leave to appeal the decision of the High Court was heard. The High Court held that a class action would be the only realistic option open to mineworkers and their dependants and found that the certification was “un-appealable” but accepted that the transmissibility element of the judgment could be appealed.

Establishment of the Tshiamiso Trust

The terms of the settlement provided for the establishment of the Tshiamiso Trust, and by 6 February 2020 all seven of trustees were appointed following registration of the Trust with the office of the Master of the High Court.

Through the Trust, employees who worked at any of 82 gold mines listed in the settlement agreement between 12 March 1965 and 10 December 2019 and who contracted silicosis or TB due to their work are potentially eligible for compensation. The Trust is expected to be functional for at least the next 12 years during which potentially eligible claimants will be able to submit claims.