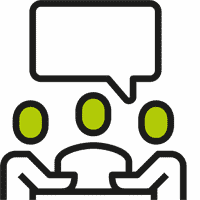 According to the Trust Deed, the Tshiamiso Trust is governed by a board of seven trustees. Of these, three have been nominated by the companies, two by the claimants’ attorneys, one by government and a consensus trustee has been be nominated by the mining companies and the claimants’ attorneys jointly. The Trust and the seven nominated trustees were all registered by the office of the Master of the High Court by 6 February 2020 and is expected to be functional for at least the next 12 years.

The current trustees include:

First Chairperson of the Tshiamiso Trust, has wide experience in the South African mining industry having worked in various positions across the private, public and NGO sectors. In her long career she has held the positions of National Union of Mineworkers health and safety officer, Chief Inspector of Mines at the Department of Mineral Resources, director of the University of the Witwatersrand’s Centre for Sustainability in Mining Industry, and director of the CSIR’s Natural Resources Unit. In these positions, Ms Hermanus has gained a deep understanding of not only health and safety matters in mining but also of the way in which mines function and impact the environment.

Ms Hermanus has also served on the boards of the Rail Safety Regulator, the Minerals and Mining Development Board of the Department of Mineral Resources, the Council for Geoscience, Sacred Heart College and was chairperson of the Bokamoso Trust, the employee share ownership scheme of AngloGold Ashanti.

Dr Sophia Kisting-Cairncross is an Occupational Medicine Specialist with a strong pro-poor, social justice and human rights supporting focus. In 2018 she completed her time as Executive Director of the National Institute for Occupational Health. Prior to this she was leading the International Labour Organisation’s global Programme on HIV/AIDS and the World of Work for over 6 years. She worked for 12 years at the University of Cape Town where she engaged with sick workers from all industrial sectors but especially women farm workers and mine workers exposed to asbestos and silica dust. She learnt about the common preventable medical problems of Africa through clinical work in public health hospitals especially Katutura Hospital in Namibia, Parirenyatwa Hospital in Zimbabwe, Chris Hani Baragwaneth Hospital and Soweto Community Health Centres for the better part of 20 years.

The University of Cape Town awarded her the President of the Convocation Medal for 2017 in recognition of “having made a significant contribution to the common good”. The American Public Health Association in 2019 awarded her the Leslie Nickels International Award for Global Achievements in Worker Health and Safety.

Dr Barry Kistnasamy, is a medical doctor with additional training in public health, occupational health and environmental health. Currently, he is the Compensation Commissioner for Occupational Diseases (CCOD) in the Department of Health dealing specifically with mineworkers and ex-mineworkers in the mines and works sector with occupational lung diseases.

Dr Kistnasamy has more than 25 years of experience in health policy, health planning, and management in the public, nongovernmental, and private sectors as well as the provision of occupational health and HIV/AIDS and tuberculosis interventions in South Africa. He has worked with the World Health Organisation, the International Labour Organisation, and the World Bank and has served on many national and international boards, committees, and commissions.

He served in the South African Department of Defence during the integration of the armed forces; was the deputy director-general and head of health, welfare, and environment in the Northern Cape province during the first term of the democratic government; and was the dean of the Nelson Mandela School of Medicine in Durban.

Ms Janet Love is a seasoned human rights and social justice activist. She served as the National Director of the Legal Resources Centre (LRC) from 2016 to 2018 and thereafter assumed her current full-time role as vice-chairperson of the Electoral Commission of South Africa.

Ms Kgomotso Molebatsi is a legal professional with experience across various areas of the law. She currently serves as the Manager: Legal Services within the Legal and Compliance division for Sibanye-Stillwater.

Ms Molebatsi has over 10 years’ experience in the Corporate Sector and over 8 years’ experience in mining. She currently serves as a Trustee on various other Trusts and as a Management Committee Member for the Sibanye Rustenburg Platinum Mines and Kroondal Superfund Fund.

Mr Michael Murray is a corporate lawyer with extensive experience of South Africa’s mining legal landscape. He is currently engaged as a consultant in the Dispute Resolution Department at Bowmans attorneys where he specialises in alternative dispute resolution. Before joining Bowmans in 2018, he worked at Anglo American South Africa for 25 years  as in house counsel where he was responsible for a range of disciplines, including commercial, mergers and acquisitions, and the management of several significant disputes in both the UK and SA, including mass tort and class action matters.

Mr Murray represented Anglo American South Africa in the Occupational Lung Disease Working Group (representing African Rainbow Minerals, Anglo American SA, AngloGold Ashanti, Gold Fields, Harmony, and Sibanye-Stillwater) which engaged with stakeholders from government, labour and the mining industry to develop a comprehensive and sustainable solution to occupational lung disease compensation in the South African gold mining industry. This included the settlement, in May 2018, of the silicosis and TB class action against the Working Group companies and other gold mining companies.

Mr Frank Abbott is a chartered accountant with 40 years’ financial operational and governance experience in the mining industry. Mr Abbott served as financial director of African Rainbow Minerals and Harmony Gold Mining. Mr Abbott was a key player in the creation of African Rainbow Minerals in 2004 out of a restructuring between ARMI, Harmony and AVMIN and the executive leadership team that grew Harmony from a small gold mining company into a global gold company.


While the board of trustees is composed of representatives of the main participants who were party to the class action settlement agreement, namely mining companies, the claimants’ attorneys and Government, there is broad acknowledgement that other stakeholders have a keen and vested interest in the work of the Trust and in the fulfilment of its mandate.

The Trust Advisory committee has been established to give all key stakeholders the opportunity to advise, give input, and raise concerns with the board members of the Trust.

This committee will meet at least twice a year.